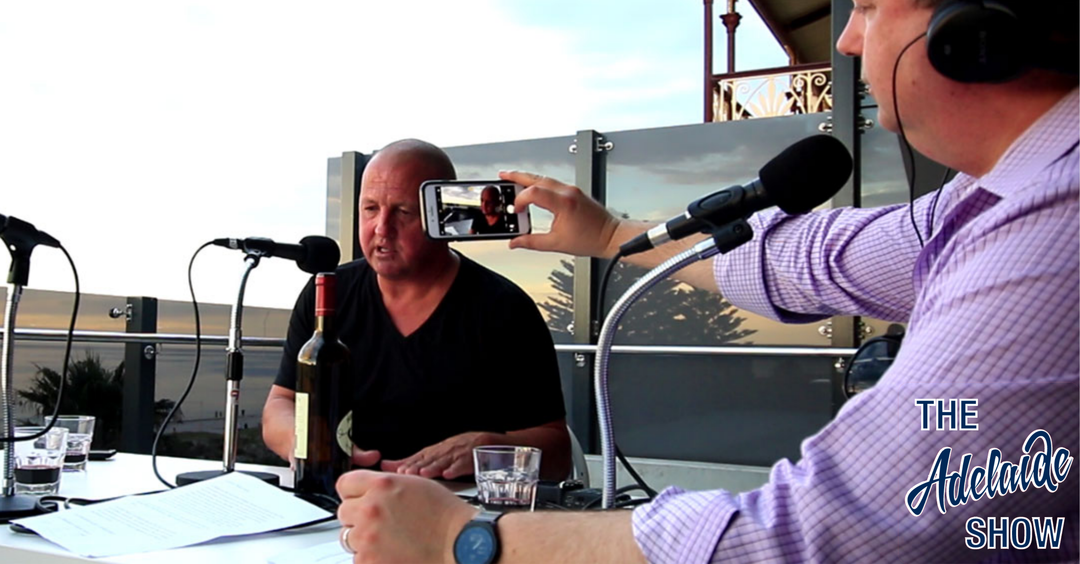 In a recent episode of my podcast, The Adelaide Show, our interview with Adelaide entrepreneur Shane Yeend, gleaned two “inspirational” notes that we all need reminding of from time to time.

The first relates to setting goals and the second relates to dealing with obstacles.

Who is Adelaide entrepreneur Shane Yeend?

In case you’ve had your focus elsewhere over the past few decades, Shane is the man behind Imagination Entertainment and its subsidiary, Imagination Games, established in 1996 with the launch of Battle of the Sexes™, introducing the world to the company’s patented iDVD (interactive DVD game), which laid foundations for a new games category that yielded half a billion dollars in sales.

Today, Imagination is an entrepreneurial global games and entertainment company with offices and distribution in United States, United Kingdom and Australia.

The key message that emerged from our robust and frank discussion in episode 221 of The Adelaide Show, was Shane’s notion that being an entrepreneur is hard work, all-demanding, and requires you to be world class.

He says there is no point following someone else’s wave, all you are left with are sore arms and you’re always behind the play.

Shane has also made headlines with his efforts to launch a legal cannabis industry in South Australia and is currently involved in advances in drone technology and usage.

In one passage of the conversation, Shane expanded on what is needed to get deals over the line.

His message is to envision your end goal, which is in harmony with Stephen Covey’s mantra to begin with the end in mind.

This is precisely the motivation behind our belief in setting your strategy BEFORE you engage in marketing or business activity. Not knowing where you’re heading or why you’re doing something, means you are risking burning a lot of energy and resources for little or no gain. And that doesn’t even begin to account for lost opportunity costs.

The art of the deal, Shane Yeend style

Adelaide entrepreneur Shane Yeend has used negotiation and persistence throughout his career to build an enormously successful raft of companies and projects.

He boils down the “art of the deal” or the key to negotiation as being prepared to truly listen deeply to the other party so that you can seen things from their perspective and come up with a solution that suits everybody.

In Shane’s case, as he explains in the interview, this must remain as the strategy, even when the parties do not particularly like each other; to give in to personality clashes is to leave money on the table for no good reason.

In that snippet, Shane also references The Last Lecture, a famous lecture by the late, Carnegie Mellon Professor Randy Pausch. It was delivered as he was staring death in the face and in it he makes a stirring call to focus on the quality of the things you do.

You can watch the lecture, in full, below.

In summary, these inspirational reminders from Shane Yeend are worth keeping front of mind as you next ponder your business or life challenges. And you can be sure that we’ll be helping you to keep the end in mind, as we work with you on your marketing challenges.

5 Reasons Why You Need a Social Media Calendar

WordPress 4.9 is here, have you noticed, have you upgraded yet?

Chat With Us On Messenger