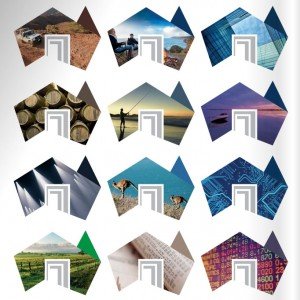 Last week has taught me that South Australia is a doorway, social media is an open window through which to vent, and that you are ‘here’. It should also give you an insight into some dos and don’ts when it comes to revisiting the branding of your business or organisation.

The eruption of mixed reaction that saw virtual fisticuffs break out in Twitter, comments sections of newspapers and through blogs, was a larger version of what goes on in meetings and boardrooms of any organisation that decides to revisit its branding.

The reason reactions to the SA brand were more emotional and less restrained than those in a corporate brand unveiling was because unlike colleagues and employees reacting in front of management, South Australians did not have any fear of getting fired for their dissent.

In contrast to the hullabaloo in public forums, over the weekend I’ve had some clients make contact, expressing interest in applying the logo to their labels. And I expect that trend to grow.

Therefore, it seems like this rebranding is set to gain traction in the business community and help South Australia forge an identity at best, or clarify our location at worst, in markets around the world. 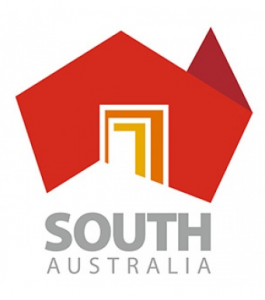 Of course, we need to separate the logo from the brand.

The logo device which could be argued is a glorified map to settle questions about our location, is simply a mark.

It’s potency will only come from where it is seen and what it becomes known to stand for.

This is where the branding aspect of the campaign will be important.

If you and I and other South Australian organisations can embrace the trilogy of creativity, innovation and industriousness, we will be building a new or revitalised ‘brand’ in the marketplace.

The challenge for Brand South Australia is that brands are hyper absorbent.

If our new logo is emblazoned across items uncreative and non-innovative or if our dealings with suppliers and customers worldwide smack of laziness or timidity, Brand South Australia diminishes.

No matter how many clever ads are placed in airports or around the world, if first hand experience of South Australia falls short of the brand ideals, we all lose.

Digging beneath the jokes

When South Australian Premier, Jay Weatherill, lamented publicly from London that people overseas didn’t know where we were and confused us with South Africa, the pathway to the doorway was created.

As an Aussie who enjoys our dry sense of humour as much as the next person, I was guffawing Wednesday night as my social media streams and conversations around me were being peppered with great one liners.

In fact, one of the aspects of creativity is that we look for and find links between different objects or questions, giving rise to some excellent quips.

ABC radio drive time announcer epitomised much of the ‘harmless fun’ when he tweeted, “Last one out, please shut the door?”

Flinders University Secular Society cut a bit deeper when it chipped in with, ‘Why would SA feature vault doors on its logo?! With State Bank and Snowtown, surely bank vaults aren’t our strength!’

Some well-meaning souls labelled these larrikins as ‘haters’; something I took pains to stress was not the case.

If you think about it, such jokes showed that the core image was, indeed, opening doorways to imagination and it was good to see the leadership team not slam the door on such activity.

Some of the jokes and more bitter jibes did seem to come from designers and brand hawkers who may well have been inspired by jealousy as much as any professional basis for their criticism. I recall one such expert lamenting the lack of blue in the logo because SA has ‘beach and beautiful coastline’. And this is where we risk entering the realm of emperor’s new clothes. Ken Cato could argue the white around the logo embodies the sun-drenched, glaring whiteness of South Australia’s pristine beaches. Job done.

Going all the way

For the rest of us, the challenge now is to assess the value of the Brand South Australia initiative and explore if/how we can harness its offering for the benefit of our businesses.

In many ways, just like mass immunisation succeeds when critical levels of herd immunity are achieved, the value of this initiative won’t be harnessed until South Australian businesses and organisation truly adopt creativity, innovation and industriousness and can demonstrate those qualities in the marketplace.

Only then will our new logo device stand for something beyond its initial role of being a map marker.

Personally, I am relieved the logo was designed by a professional outfit. Take a look at the alternative SA brand competition set up at 99 designs where people can crowdsource design. You’ll find them incoherent and unnecessarily ornate.

To find out more about how you might contribute to the brilliant blend of South Australians building this brand, visit the Brand South Australia website to soak up the detail. You might even consider doing that while sipping a South Australian wine!

In case you missed the launch, here is the official unveiling: 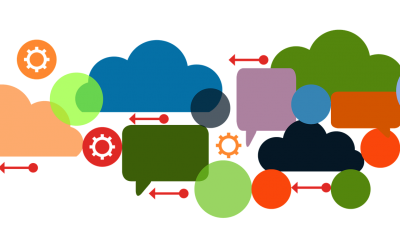